I’ve been a long time Windows Media Center user, going back to the days when Charlie Kindel was working in that group (before his time as a Windows Phone PM). I was also one of the early beta testers of Media Center and was actually seeded hardware from the group at MSFT.

Although in the past I’ve used the full monte of features that Media Center provides, in recent years I’ve found that my main use of the Media Center has been for streaming videos and other content from sporting websites or Youtube, etc. Last year the media center PC I had died due to a hard drive issue and so I’ve done without a media center pc since then.

Fast forward to 2013 when I blogged in March about deciding to sell my Surface RT (primarily due to getting a Surface Pro). After putting it up for sale I had a situation where I wanted to watch a sporting event that was only available via streaming. I decided what the heck, why not try the RT to do this. So I went out to the Microsoft Store and picked up an adapter to connect the RT to the home theater system.

I”ve listed the cost breakdown below:

The Surface RT is hooked into a relatively cheap Home theater receiver (Pioneer VSX-820) via one of the HDMI ports. One HDMI output then goes to a Sharp 52″ TV that is mounted on the wall above the fireplace. 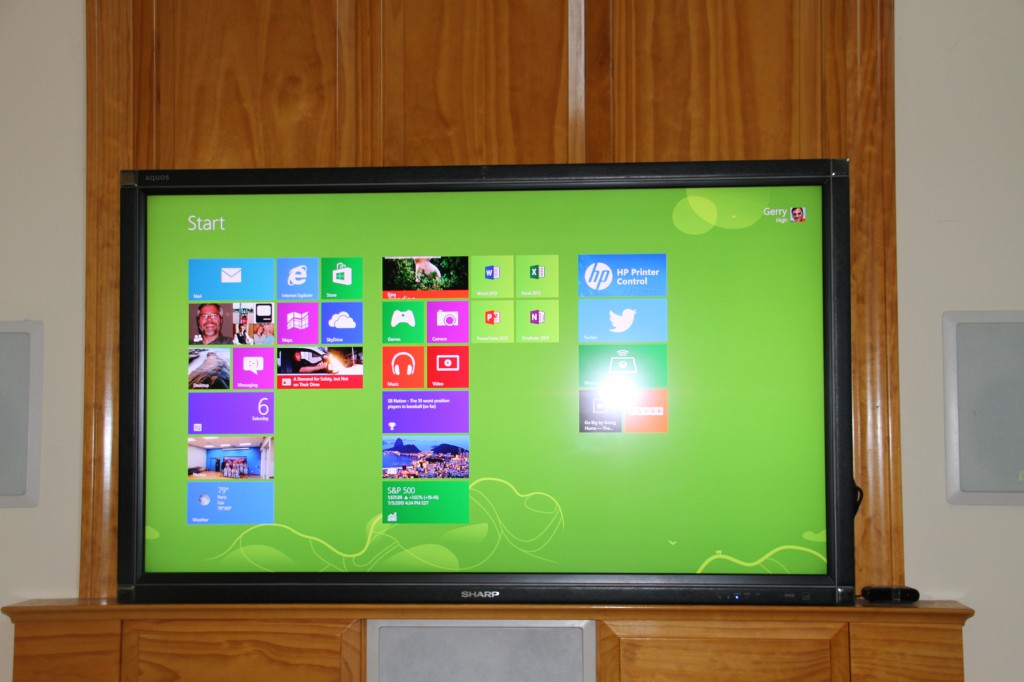 The TV can be pulled out from the wall as shown below. You can see the mess of wires, etc. The Surface RT is sitting in there but hard to see since the display is not turned on since it is running on the TV. 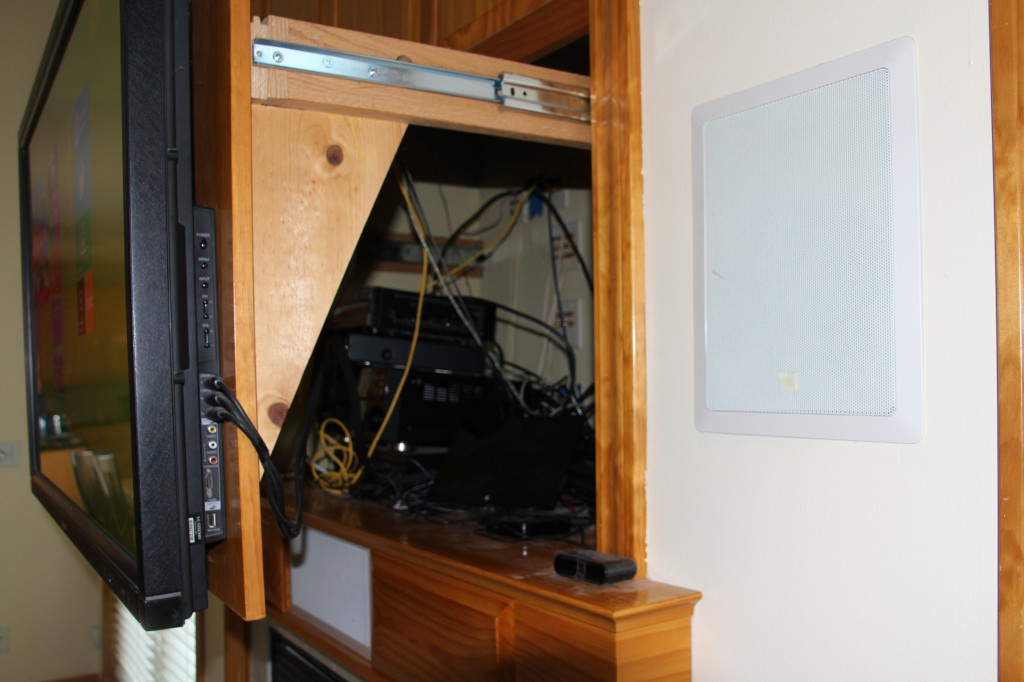 TV pulled out from wall

I use a Harmony One remote to control everything. I created an activity called “Surface PC” which just switches the HTMI input on the receiver to the Surface RT. It also controls the volume via the Pioneer receiver. 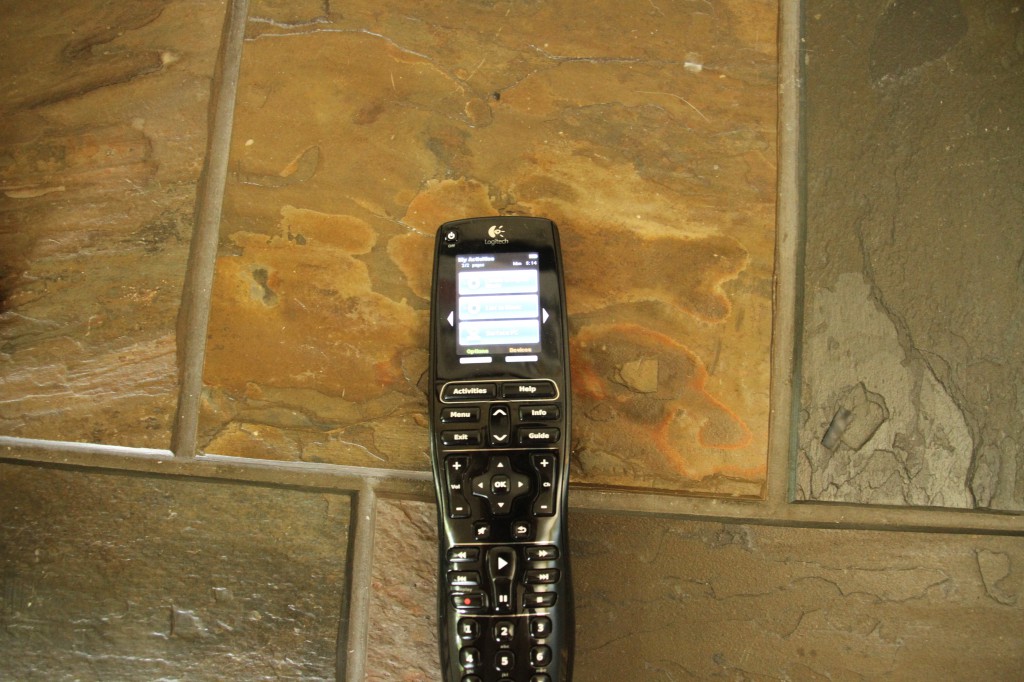 The keyboard I use is a Logitech Easy Switch Bluetooth keyboard. The thing I like about this keyboard is that I can pair it up to 3 bluetooth devices. I have an Apple TV paired to F1 and the Surface is on F2. 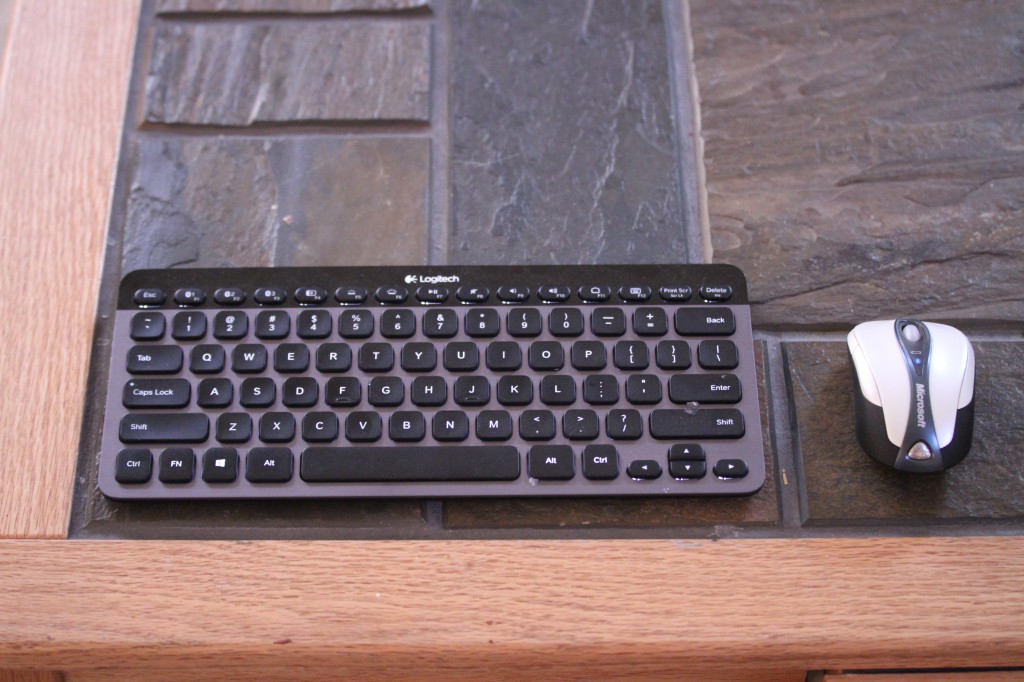 The mouse is nothing special as it was laying around the house. However, it is bluetooth which is nice (no extra adapters) and it also has an on/off switch (as does the keyboard).

I”ve been using this setup now for 3 months now and like it quite a bit. I primarily use it when there is some event on that I want to stream from the browser. I”ve used it a lot to stream MLS soccer games via a MLS Live subscription. I”ve also used it with vdio.com (e.g. rdio.com video cousin) and youtube.

While I”ve played around a little bit with using some of the Windows “metro” applications so far I haven”t found what I”d call great 10' UI apps. If you have some great 10' UI apps please let me know.

← You are what you do Selling my Surface RT →