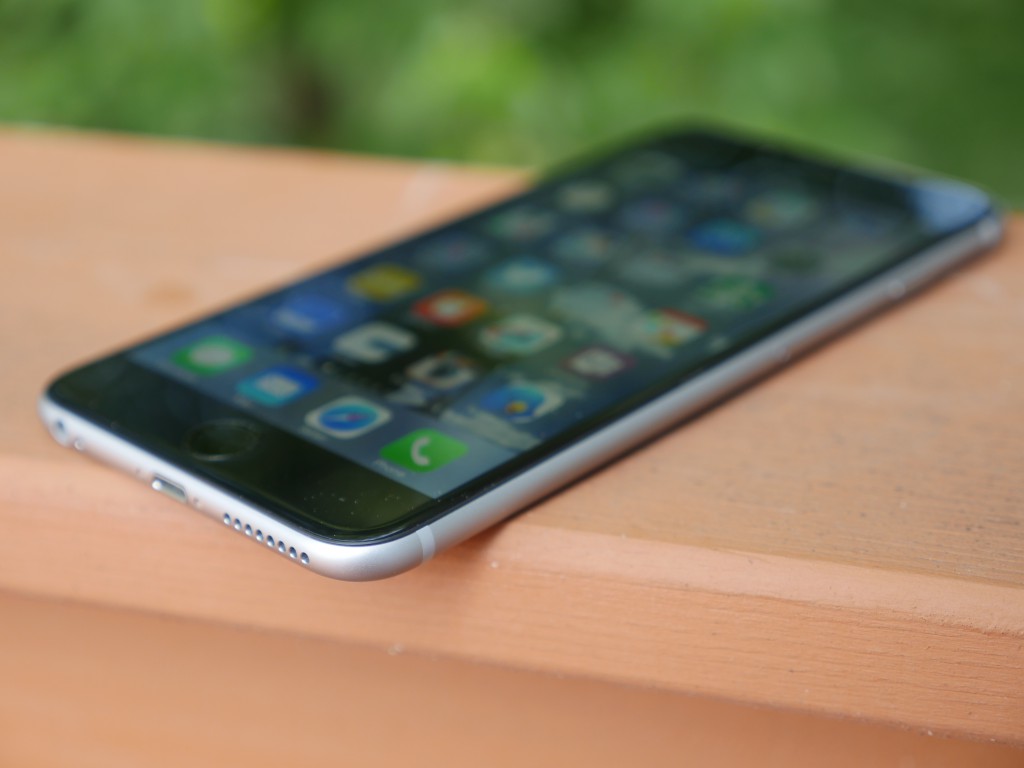 As the information came out on the new iPhones at the Apple press event on September 9th I wasn’t all that excited about either phone. I’ve had larger phones, having used various Android phones as my second phone, most recently a Nexus 5. So a larger iphone in and of itself isn’t something I’ve been waiting for.

However, coinciding with the announcment also came the GM release of iOS 8. I updated my devices to the GM and downloaded the dev tools and started testing my apps on the simulator. Up to this point I had been running my apps on the various iOS 8 betas but these were apps that had been built using the iOS 7 SDK. With the apps built now for iOS 8 I started seeing more sizing bugs (due to changes in MainScreen.Bounds), etc. That’s when I decided I should get a 6/6+.

I decided initially to get the 6+ and not the 6. My reasoning was that the 6+ would be the harder device to design for since it supports landscape orientation, reachability, and larger layout changes.

So I got up at 3AM CST on Friday the 12th (yes, I overslept my alarm by an hour 🙁 ). I logged into my AT&T business account only to find out that AT&T hadn’t enabled the option for purchasing phones (event though a person at the AT&T store had told me the day before that it would be available). I wasted about 30 minutes trying various things until I realized it wasn’t going to happen and went back to bed.

The next day my twitter timeline was filled with reports of failures for the most part–Apple store down, timeouts, etc. I also saw that order times for the 6+ were already into October. I knew then that my only option would be to go stand in line at an AT&T store if I hoped to get one on launch day.

On 9/19 I got up at 5am, showered and headed to a nearby AT&T store. I went to the same one I had gone to last year for the 5s as they didn’t have a big line and I was hoping the same this year. I got there at 5:45am and was rewarded with being around 9th in line.

At 7:45AM AT&T employees came out and started taking down who wanted what. When they got to me I told them I wanted the 6+ Space Gray 64GB. They told me that was the last one available. I heard later that they only got in a total of 6 iPhone 6+s. At 8AM AT&T let us into the store and I rolled out of there by 8:15 with my new iPhone 6+.

I’ve now had the 6+ for 9 days and have been pleasantly surprised. First off, the battery life is nothing short of amazing. For years we all have been upgrading our phones and getting basically the same old battery life. Not so this year. I can now use my phone from 6AM to late into the evening on a typical day (almost midnight on some days) without recharging. In comparison to my 5s for the same usage I would often need to be charging my phone by 5pm (or earlier). With my 5s (or 5, or 4s, etc.) I always had to make sure that I had my phone charged sufficiently before going to any event. Woe to you if you got in your car without a car charger!

There is no substitute for having an actual device so you can test usability (reach) as well as readability, etc. From a developer’s perspective, one benefit of having the 6/6+ is that they support display zoom. With Display Zoom turned on, my 6+ behaves like an iPhone 6, with a rendered width of 375 points. See this article by PaintCode for more information: http://www.paintcodeapp.com/news/ultimate-guide-to-iphone-resolutions

When my app runs on the 6+ with Display Zoom turned on it will exercise the iPhone 6 sized assets in my app. This was an unexpected benefit that I’m quite happy about–it’s almost like having 2 phones (but not).

However, as I said before there is still no substitute for having a device to determine usability and readability of your application. I may still need to get an iPhone 6 for designing for the 4.7″ screen. But for now the 6+ was a great choice.